THE BEST TIME TO VISIT IRAN

Iran is among the only countries with a full four seasons with very temperate climates; in the northwest, winters are cold with heavy snowfall and subfreezing temperatures. Spring and fall are relatively mild, while summers are dry and hot. In the south, winters are mild, and the summers are sweltering, having average daily temperatures in July that exceed 38 °C (100.4 °F).

When is the best time to visit Iran?

Have you ever wondered how would it be to experience cold, snowy weather and then, only a few days later and not so far away from the first place where you have been in, face the hot sun and enjoy a walk under glowing arrays of sunshine? If yes, you have chosen your destination accurately since Iran is one of the countries which can make your dream come true, and if not, we recommend you to read the following text since this is exactly what you will encounter if you choose to travel to Iran, which is why we intend to help you choose the best time to visit Iran. 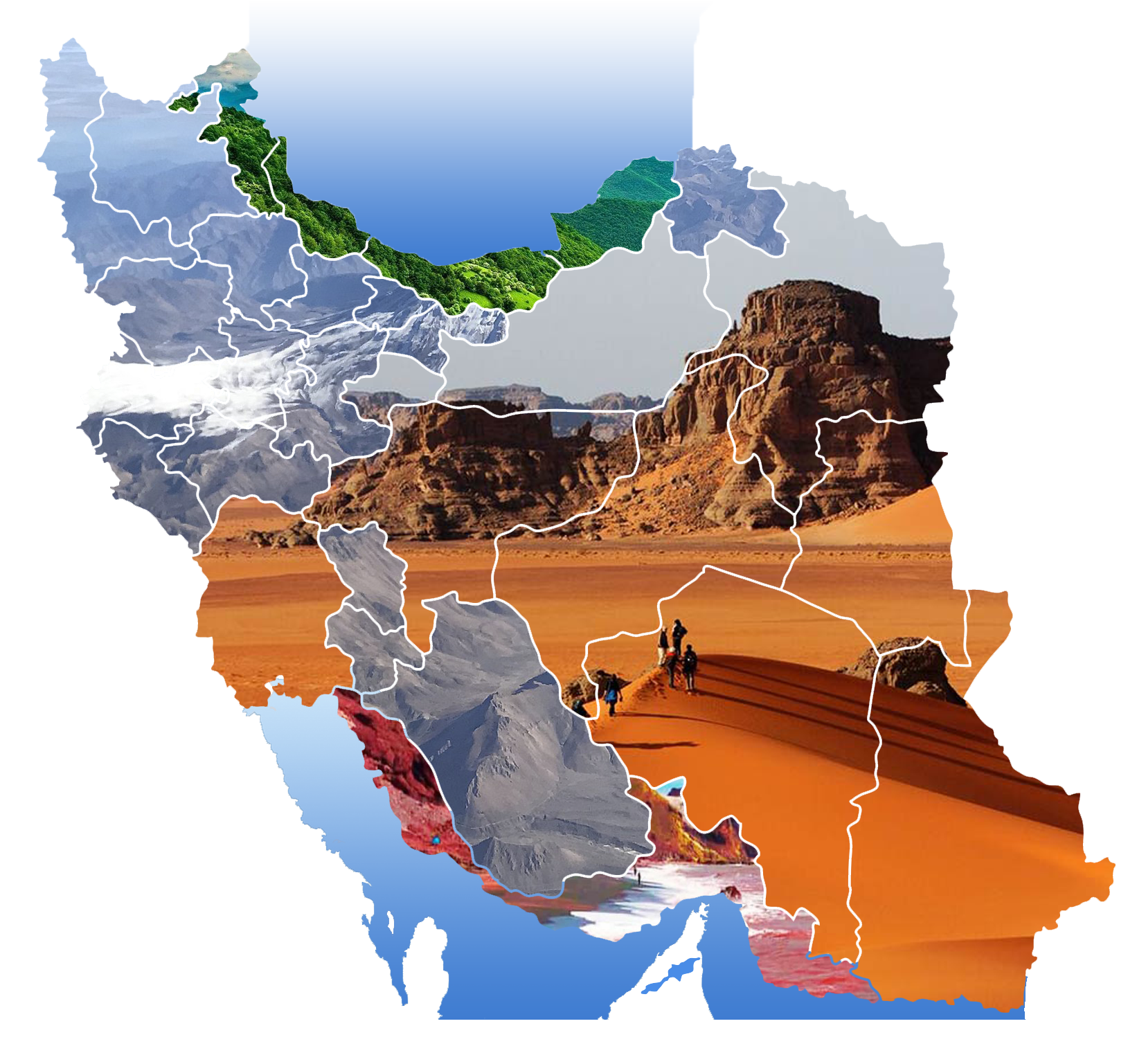 Imagine visiting one of the cities in northwest Iran such as Tabriz in winter, and then within a day (or a few hours if you travel using an airplane) spend your time in southern cities such as Bushehr. In this scenario, you will be wearing fur coats and probably making a snowman while drinking hot Iranian tea in Tabriz and surprisingly enough, the day after or even a few hours later, you will be in your T-shirt drinking a juice on the rocks or maybe an iced coffee thinking about how you spent your day, the day before. Isn’t it exciting? All this is likely to happen if you choose the best time to visit Iran which is between March and May and September to November.

Iran, located in West Asia, is among the only countries with a full four seasons and very temperate climates which, alongside interesting tourist attractions, makes the country a desirable destination to travel to, which is why as a tourist, you need to know the best time to visit Iran so that you can have a great trip.

The Caspian Sea forms most parts of the northern borders of the country when, the Persian Gulf and the Sea of Oman form the southern borders of it. The country has ranked seventeen in terms of size in the world which is the reason why having four full seasons at all times is logical. The best time to visit Iran would be during fall and spring (between March and May and September to November) since weather conditions are kind.

Due to the fact that we believe while visiting a four season land such as our country, every person can choose their own best time to visit Iran according to their own personality, we will explain the four seasons in different regions of the country as well.

Generally speaking, in order to choose the best time to visit Iran, you should know that spring, meaning March till May, is the best time to visit Iran. The weather conditions are at their best, it is neither hot nor cold, days are long, trees have beautiful blossoms and you can enjoy the mild spring almost everywhere in the country, except for the southern cities which have warmer weather, making spring the best time to visit Iran for almost everyone. Also, there are some cities where there is a good chance that, surprisingly enough, it will snow in spring! Given the information above, spring may be the best time to travel to Iran for you. Furthermore, you might want to know that the Iranian New Year (March 18th to April 3rd), aka Nowruz, is during spring, too. It is nevertheless best to avoid traveling to Iran during the two weeks surrounding Nowruz, ten days before Ashura (Religious holiday), and the month of Ramadan. During the month of Ramadan, the ninth month of the Islamic calendar, when Muslims worldwide fast from dawn until sunset and abstain from eating, drinking, or smoking in public and within city limits, nearly all restaurants are closed during the day. Nevertheless, we still have groups that visit during Ramadan, and in such cases, lunch is arranged at the hotel or in a private setting away from the public view. Come sunset, all restaurants, food, and beverage vendors open shop and are open for service till the early hours before dawn.

Fall is also the best time of year to visit Iran since in most cities, it is pleasantly cold with rainy or cloudy periods. In most regions, jungles or even streets and parks have trees with yellow or brown leaves falling, making beautiful scenes, both for our eyes to enjoy and our souls to calm. All this being said, fall (September to November) is the best time to go to Iran. The best time to visit Iran’s capital city, Tehran, and historical cities such as Isfahan, Shiraz and etc. is spring and fall as well.

Winter is the best time to visit Iran’s southern lands mainly because winters are mild while, as mentioned before, the summers are sweltering, having average daily temperatures in July that exceed 38 °C (100.4 °F). Moreover, in case you are interested in exploring in Iran’s deserts, winters are the best time to visit Iran for you, since deserts’ nights have excellent weather conditions during winter and you can enjoy observing the stars away from the city. Also, if you are interested in planning a ski trip to Iran, the best period for skiing is from January to the end of March, when snow conditions are ideal; ski resorts generally open between the end of November and the beginning of May. In southern Iran, the ski season is shorter but usually still lasts until the end of March. Thus, the best time to visit Iran and ski on highest mountains of Iran would be during winter.

All in all, while Iran can be a great destination for tourists in all seasons, the best time to go to Iran is during spring and fall. To be more accurate, between March and May and September to November is the best time of year to visit Iran. 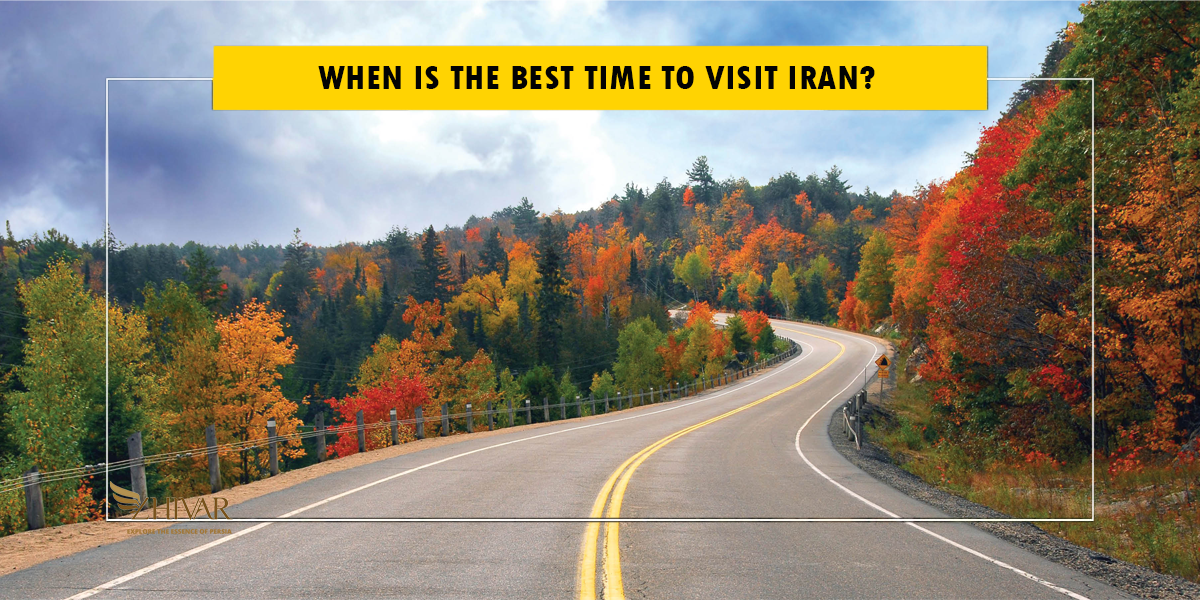